We offer a full suite of treatment and consultation services for diabetic patients.

commonly just referred to as diabetes, is a metabolic disease characterized by high blood sugar (glucose) levels. The high blood sugar is caused by abnormal insulin secretion or action or both. Under normal conditions, blood glucose levels are controlled by the hormone insulin which is made in the pancreas. Diabetes currently effects approximately 17 million people in the U.S., and its incidence is expected to rise. It is estimated that an additional 12 million people have diabetes and have not been diagnosed. In New Jersey alone, nearly 1 in 10 residents have diabetes. 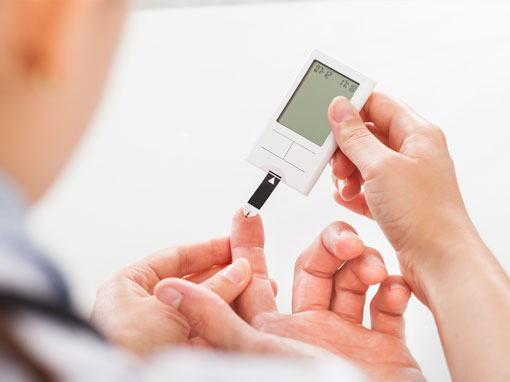 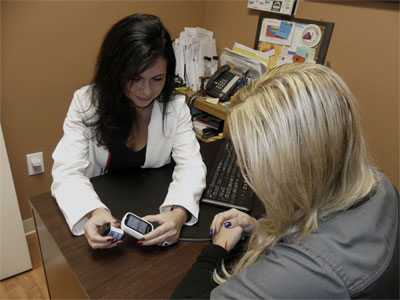 Our diabetes care professionals are ready to help you manage your diabetes and improve your quality of life. Our comprehensive program includes medical management by a board certified endocrinologist who specializes in diabetes care, a registered dietitian to help you eat properly and assist in controlling your blood sugar through proper nutrition and a fitness program, designed by a physician and customized to promote better glucose utilization and help in decreasing your glucose levels. Also included is ongoing counseling by our diabetes care team to help you with any other questions or concerns you may have about your diabetes.

We provide comprehensive diabetes care for patients throughout Monmouth and Middlesex Counties and all of Central NJ. Book your appointment as a new patient today by calling one of our three convienent NJ locations. Our New York patients can contact our Brooklyn (Bensonhurst) location by calling 718-891-8790.

Enjoy this additional information on Diabetes from our friends at the CDC:

Need to Schedule an Appointment?

We provide flexibility and convenience for our patients with office hours that include evening and Saturday hours.